Welcome to the September links. These are articles that I tweeted and or received from viewers during the month of September on special needs and developmental disability topics. Enjoy!

Doctors are failing to spot Asperger’s in girls (The Guardian)

When children are diagnosed with a sensory disorder (Wall Street Journal)

When kids sit alone (The Atlantic)

Have you ever wondered how to decide what kind of visual schedule to use for your students? There are so many types of visual schedules from object schedules, picture schedules, photo schedules to written schedules.  Knowing which type is best for which students can be a difficult process.  We don’t have a ton of guidelines about how to make decisions other than trial and error.  However, I thought I would share my process to give some tips of where to start. Click here to read the rest of the article

Raising a child with autism may take a deeper toll than previously thought with new research suggesting that such moms face a heightened risk of heart disease.

Mothers of kids on the spectrum who have chronic stress were more likely than less-stressed moms of neurotypical children to experience cardiovascular risk factors. Click here to read the rest of the story

According to the Centers for Disease Control and Prevention (CDC), cerebral palsy is the most common motor disability in childhood. About I in 323 children are diagnosed each year. Although more than likely, cerebral palsy has been around for years, it was not until the 19th century that cerebral palsy was given a name. Here are some key events in cerebral palsy history.

1853. Dr. William John Little publishes On the Nature and Treatment of the Deformities of the Human Frame.

1889- William Osler, one of the founding professors of John Hopkins Hospital, wrote the book, Cerebral Palsies of Children

1937- The Children’s Rehabilitation Insitute is founded by Dr. Winthrope Phelps specializing in children with cerebral palsy.

The EpiPen’s sudden price increase has received an onslaught of media coverage leading to a congressional hearing held yesterday. Currently, 43 million people are at risk for experiencing a life-threatening allergic reaction  concerning the spike in cost of the EpiPen over the years since 2004:

An EpiPen (short for Epinephrine) is often used in life-threatening emergencies to treat allergic reactions to insect stings such as bees, yellow jackets and hornets. When a person is stung by an insect, the normal reaction includes swelling and redness around the site. There are those however that experience an allergic reaction, also know as an anaphylactic reaction. Other serious allergic reactions may include foods such as eggs, milk, peanuts, shellfish and wheat. The symptoms of a severe allergic reaction include: trouble breathing, a rash, difficulty swallowing. dizziness, heart palpitations and  chest discomfort.

EpiPens are pre-filled and delivers medication into the muscle of the outer thigh. The injection reduces swelling of the throat and face, stimulates the heart and raises the blood pressure. Anyone that uses the auto injector, should still be checked out by a health care specialist.

How do you start the first week in a special education class? I’ve been asked this question a lot lately, and understandably why! I think every teacher, no matter how long they have been teaching, has some sort of nightmares or sleepless nights about the first day/weeks (am I right?!). Click here for the rest of the article

Anyone who knows someone with autism knows that — of course! — people with autism have feelings. Sometimes very strong feelings. Just like everyone else. People with autism can be happy, sad, excited, depressed, frustrated, or angry.But…The myth that “people with autism are emotionless” persists Why? There are a few reasons; some good and some — pretty silly.  For example: Read the rest of the story here.

You can learn more about the conference here

Since the early 1900’s, home schooling children in the United States has continue to grow in leaps and bounds. Many parents have decided to educate their children at home for many reasons including protecting their children from bullies, concerned with the academic instruction, the ability to give their special needs child one on one attention and having control over their child’s education. 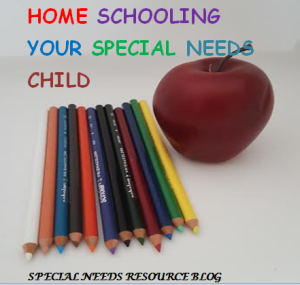 Currently, 5% of children being home schooled have special needs. The are a number of resources available to provide parents with support:

Homeschooling a Struggling Learner– provides regulations for each state. The rules vary for each state. A few States require that local officials are notified on the intend of home schooling your child, while other may require assessment test.

The following are articles on home school and special needs